Cannonball in the Garden 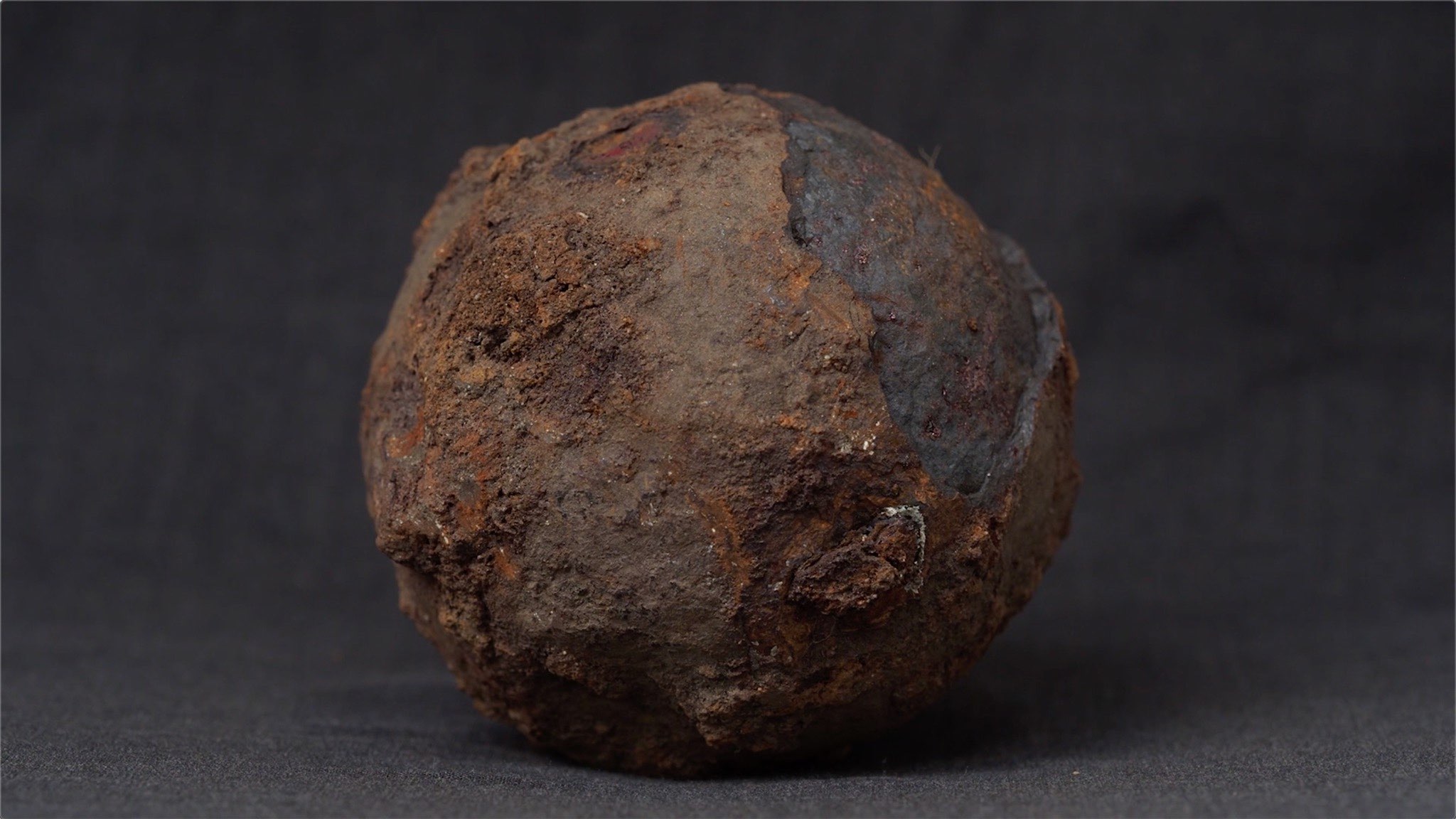 A cannonball dating back to 1745 that was found in a garden, is activated in a manner that violently overwrites nature. The video takes the artefact’s provenance as a foundation, where reaching 30 cm into the soil goes back almost 300 years. The object originates from the last uprising against the British Crown by the Jacobite Rebellion. The rebels were brutally quashed, which led to drastic changes to land use and its ownership, as well as the introduction of capitalism through the eradication of the clan structures in the Highlands of Scotland.