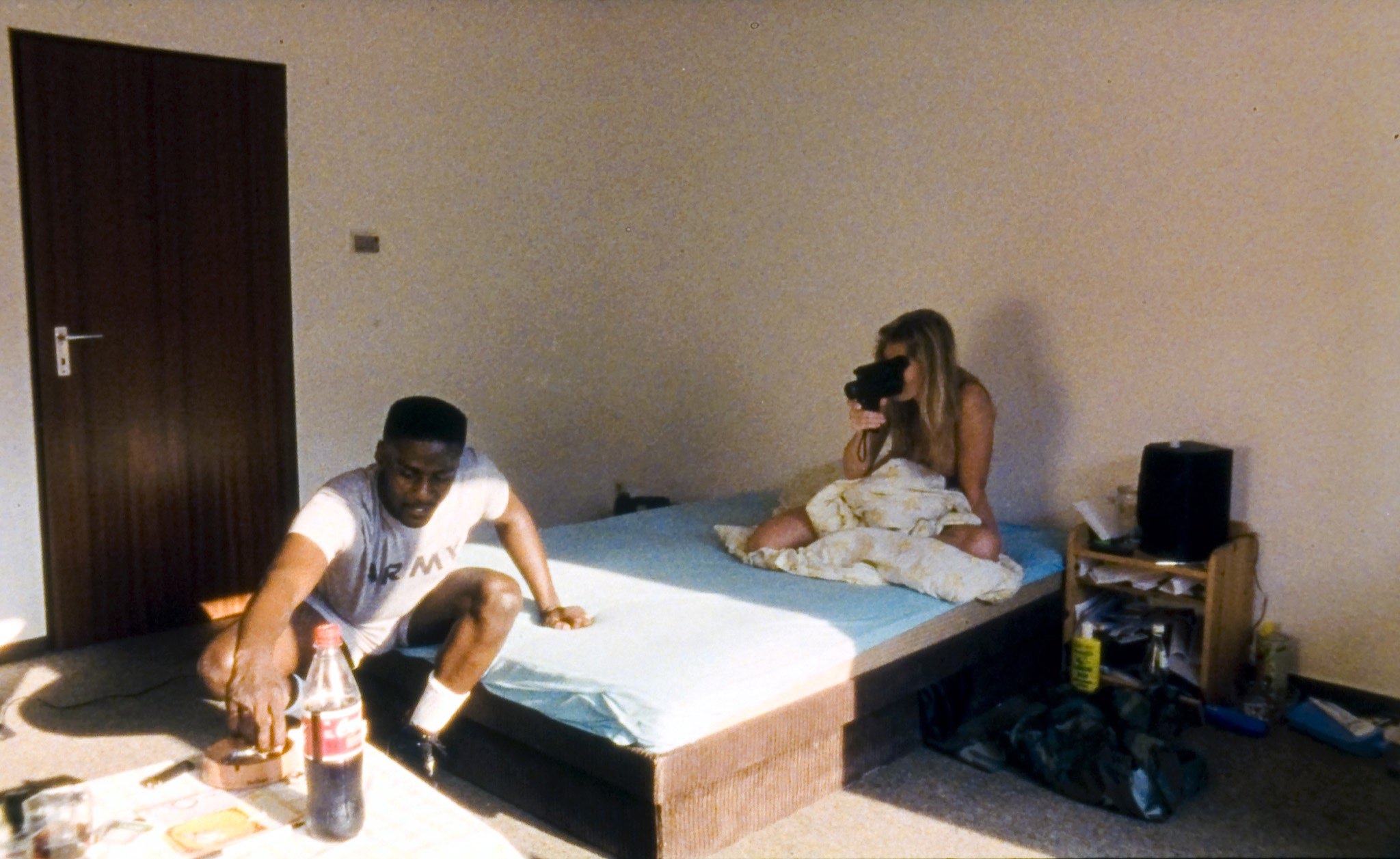 The film is about spaces and encounters. It explores, with its protagonist, a sexually uninhibited woman, territories that are pre-defined by former and present occupants: the US-military in 1990s Frankfurt before the draw down. The woman is excited by the extra-territorial subculture of clubs and bars established by the troops, and pursues her desire for predominantly black soldiers. The relationships between two “races” and classes are marked by ambivalence. As a means to express her fascination, as well as helping to create a distance the woman films her lovers with a Super 8 camera. The filmmaker Eva Heldman films her friend, follows and examines her exploits and the spaces in which they take place. The film thus develops a portrait of a friendship and becomes a chronicle of a very particular historical time and place. - Annette Brauerhoch