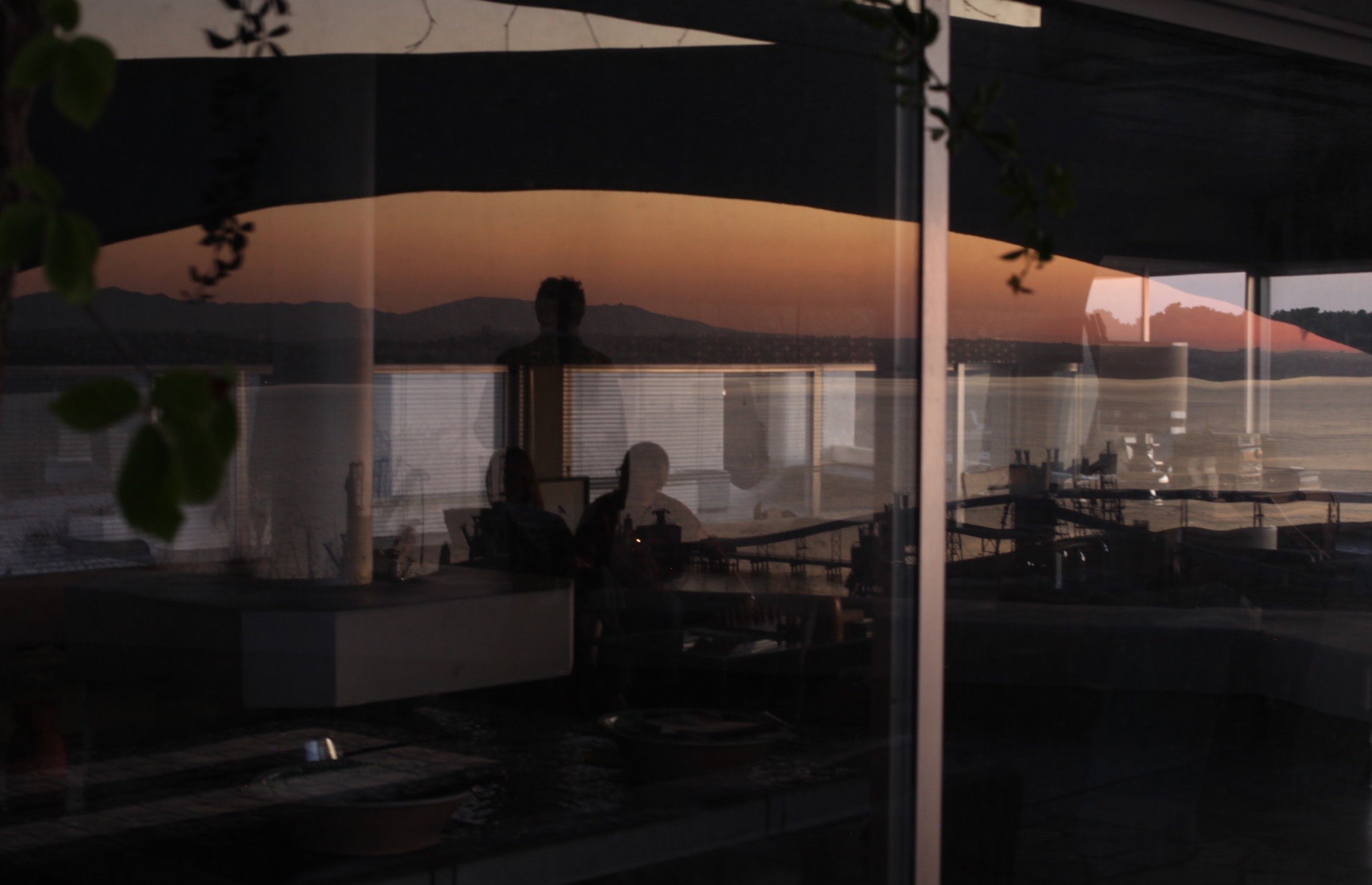 Night for Day sets out with the fake motherson relationship between three real people living in contemporary Lisbon. The ‘mother’ is Isabel do Carmo, who co-ran the Revolutionary Brigades in Portugal that helped to overthrow the longest fascist dictatorship in Europe, and the ‘sons’ two young men, Alexander Bridi and Djelal Osman – astrophysicists running a start-up in Lisbon that attempts to programme computers to recognise moving images. Their imaginary house is the real family home of the architect António Teixeira Guerra, finished just before 1974, designed in the shape of a triangle and shot at the time he always chose to invite guests – the magic hour.