Who is Afraid of Ideology? Part 3: Micro Resistencias 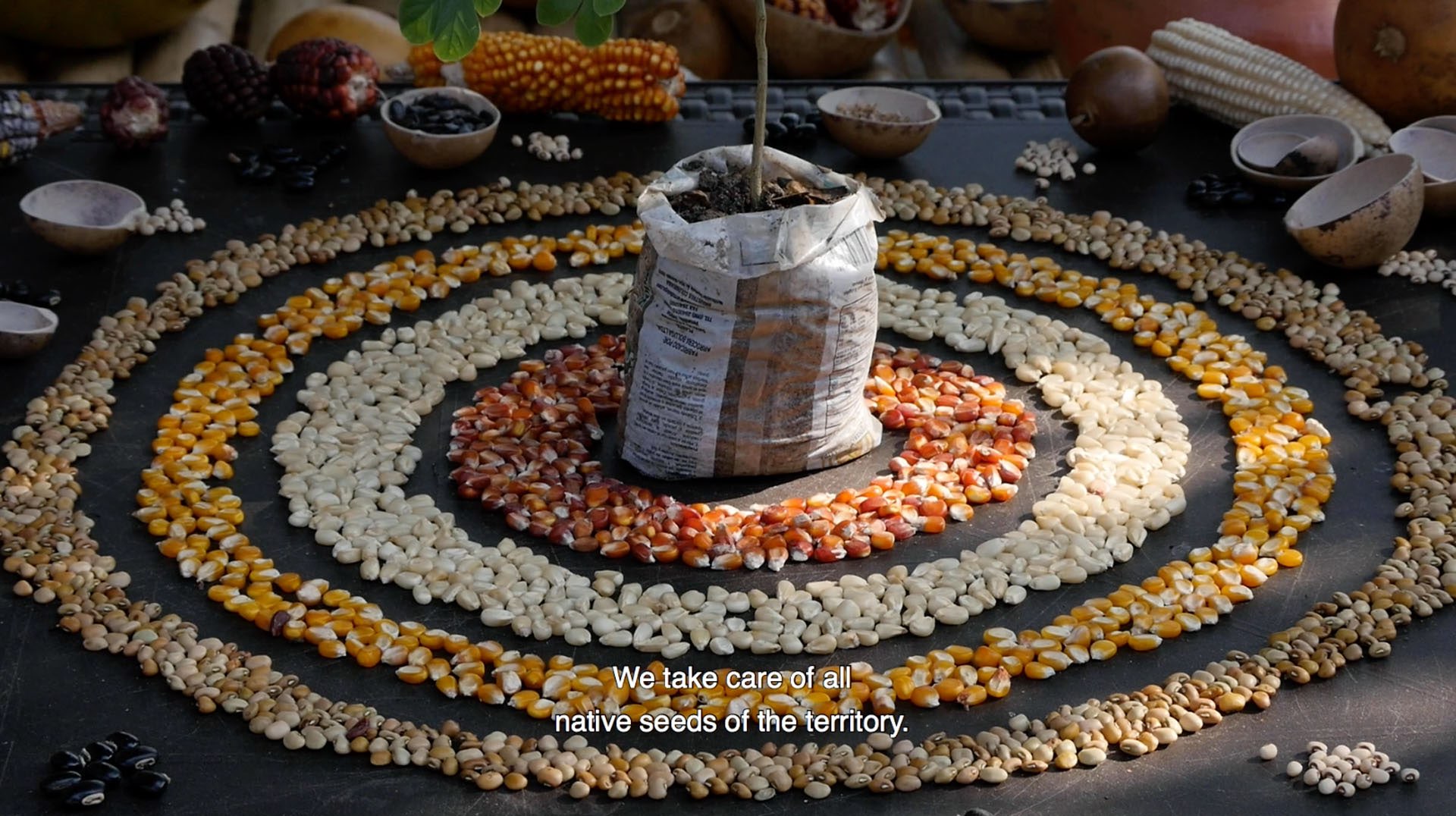 Micro Resistencias is the third part of the large scale film project Who Is Afraid of Ideology? conceived by Marwa Arsanios since 2017. The film focuses on the region of Tolima, connecting the stories of women who talk about their struggle to preserve the ancestral knowledge of indigenous communities regarding the cultivation and protection of seeds that enable them to achieve a form of agricultural autonomy. The issues of land ownership, the sharing of natural resources, forced displacements and murder also evoke the exploitation and violence to which the inhabitants of this region have been subjected. These testimonies are interwined with landscapes, portraits, sounds and the seed cultivation that is the core of the film.