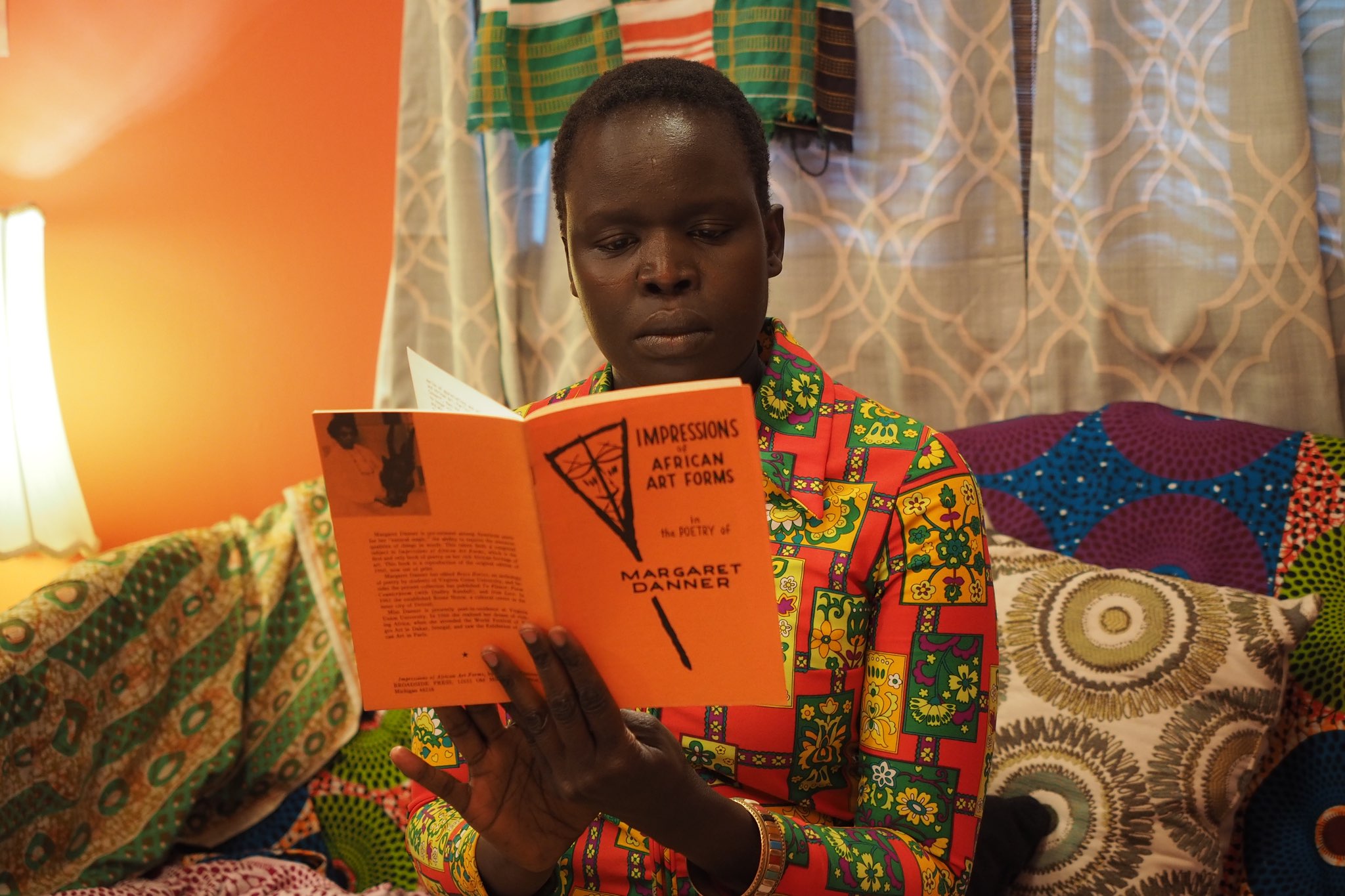 In Ephraim Asili’s first feature film, the history of the MOVE Organisation, the Black Arts Movement and references to traditions of political filmmaking intertwine to form a kind of “speculative re-enactment” of Asili’s own experiences in a Marxist commune in West Philadelphia. The film revolves around a young man who inherits a house from his grandmother and, at his girlfriend’s suggestion, transforms it into a Black socialist residential experiment. Within their colourfully decorated four walls, which are not coincidentally reminiscent of Godard’s La Chinoise, the collective discusses postcolonial theory, hosts jam sessions, holds literary readings or seminars on African languages. Time and again, traces of real events intrude into their everyday lives – not only in the form of arguments about who is in charge in the house and how, but also in the person of former representatives of the MOVE collective.