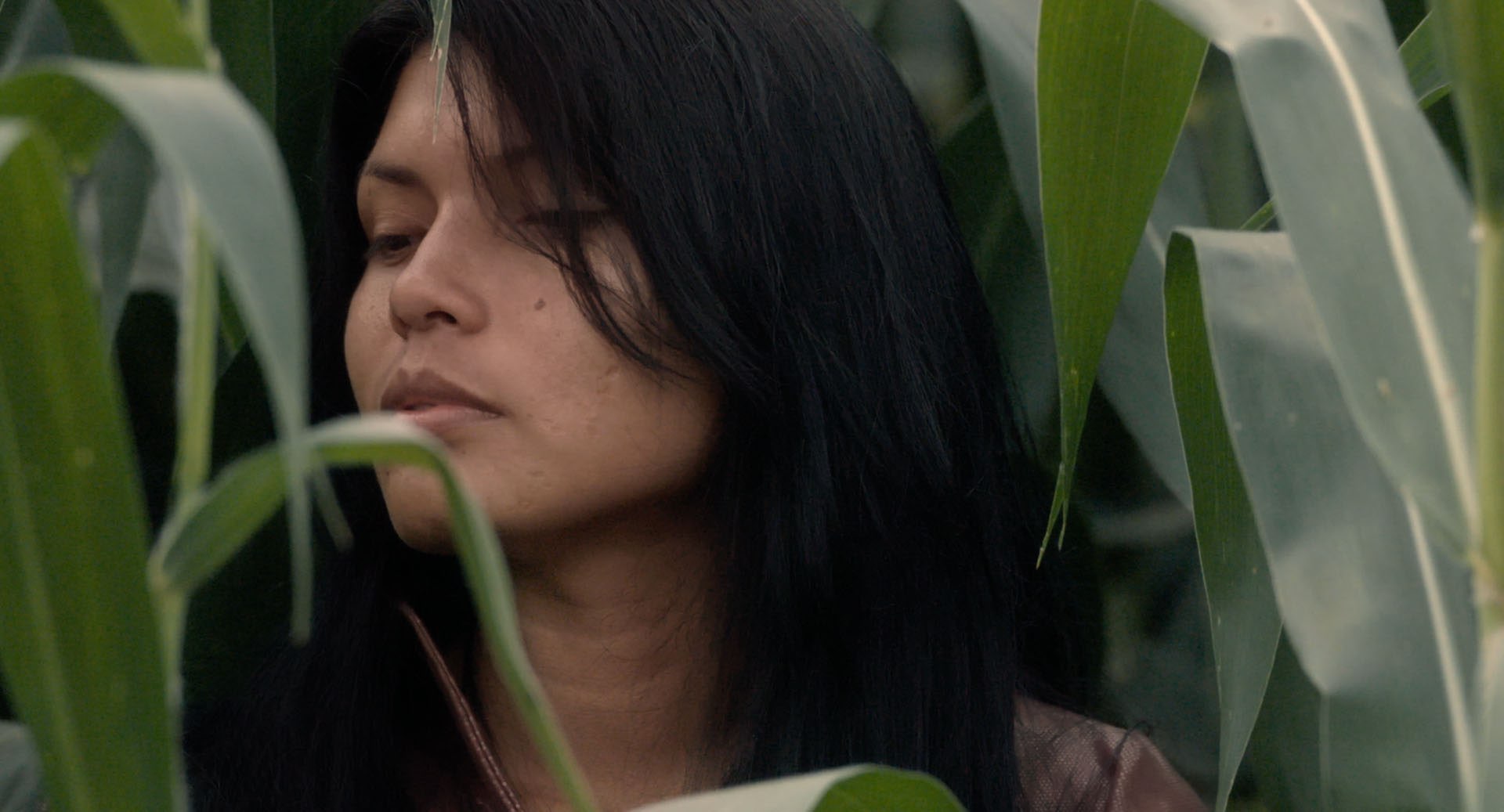 YWY, an indigenous android, talks with a GMO corn crop in the agricultural interior of Brazil. In a moment of intimacy, the woman, whom we come to understand is a field worker, and the plants talk about bodily rights, infertility, labour and monocrop plantations. As a human, the spectator is unable to hear the voice of corn, perceiving the dialogue as a weird monologue. The film script is inspired by the writings of Brazilian author João Guimarães Rosa, in which dialogues are often expressed through the voice of a single person rather than two or more. Written and directed by Pedro Neves Marques. Cast: Zahy Guajajara. Editing: Pedro Neves Marques. Co-producer: Catarina de Sousa. Director of Photography: Carolina Marsiaj Costa. Sound: Nuno da Luz. Production Assistant: Nathalia Guinet. Produced by Pedro Neves Marques and Renato Rondon (Capivara Filmes). With the kind support of Fondación Botín, Oregaard Museum, and Museu Colecção Berardo.