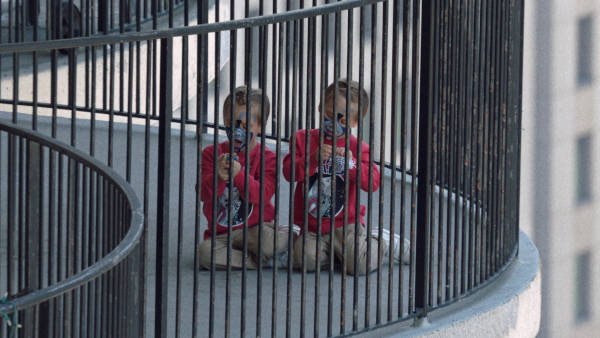 A camera lens with a range of 75mm to 1500mm, propelled by an amphetamine-fueled stream of consciousness rant, repeatedly zooms into the balcony of an apartment inhabited by the narrator, their two artistic collaborators, and their twin boys in Chicago’s iconic Marina Towers. After zeroing in on a series of meme-influenced tableaux, the zoom idles on a recreation of a papier-mâché Pikachu that went viral after being posted to Reddit in 2013. From here the narrator recounts a theoretical argument with their cohabitants about what kind of environment is simulated for Pokémon when they’re transformed into light and stored inside a Poké Ball between battles.