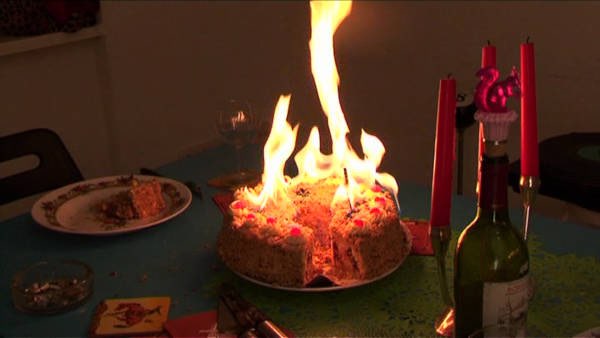 Four Seasons features two of Cytter‘s friends as untrained actors. Like her other work, the video uses the subject of relational troubles as a means to draw attention to the viewing process of film: script, story line, set, costumes, editing. No more suspension of disbelief; on the contrary, the techniques that make narratives plausible are playfully highlighted. As a whole, Four Seasons is an homage to the fake and phony aspects of cinema – nevertheless, the video is not cynical at all, but rather intense and poetical.