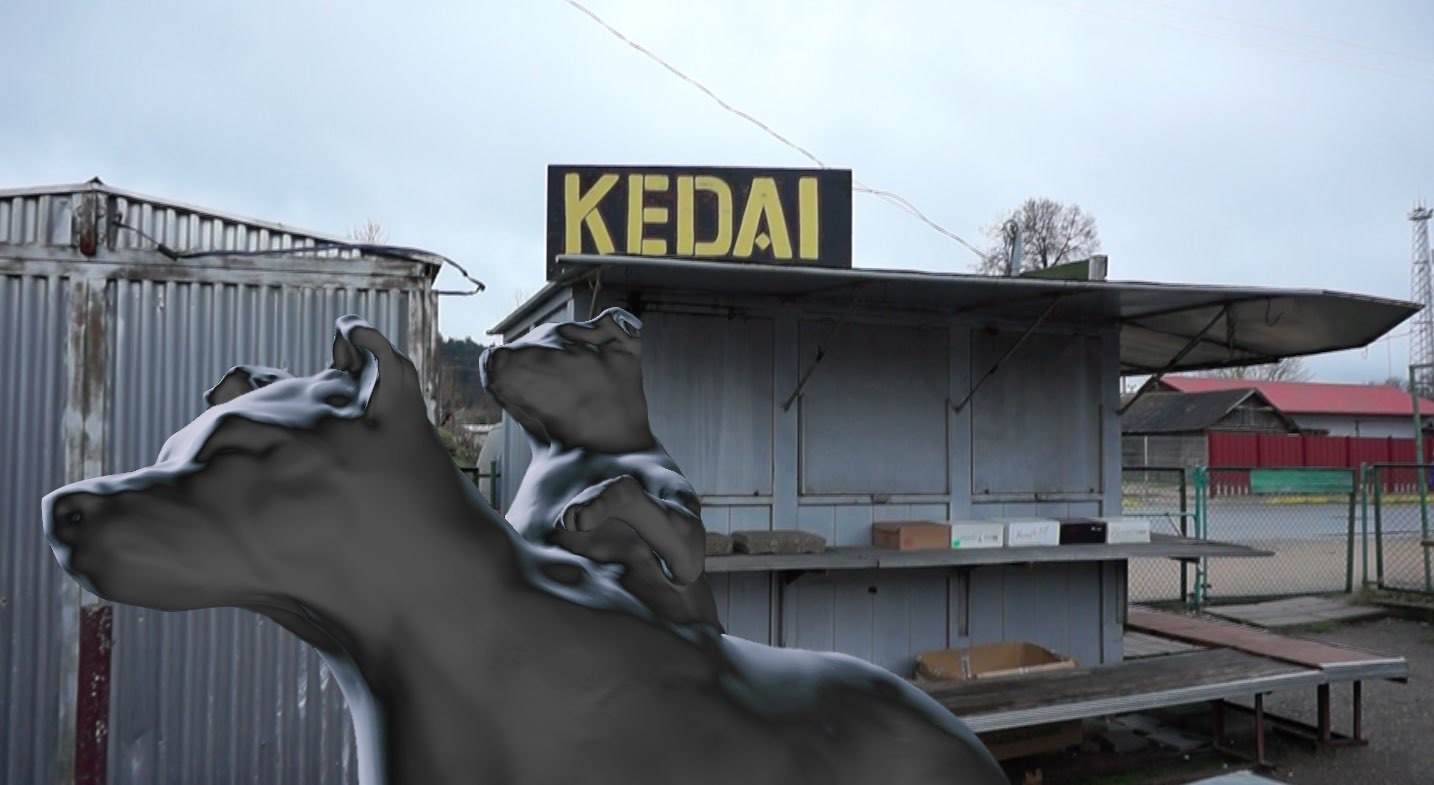 Demikhov Dog is based on the experiments of Russian scientist Vladimir Demikhov. A pioneer in organ transplants the surgeon conducted controversial tests in order to create two-headed dogs. Sosunova uses the figure of Demikhov in order to reflect on cultural differences between countries of close proximity. The video was originally presented at a cultural centre close to the Lithuanian/Belarusian border interacting with the site and a mural from Soviet times which depicts local animals in an exotic Africansavanna graphic style.